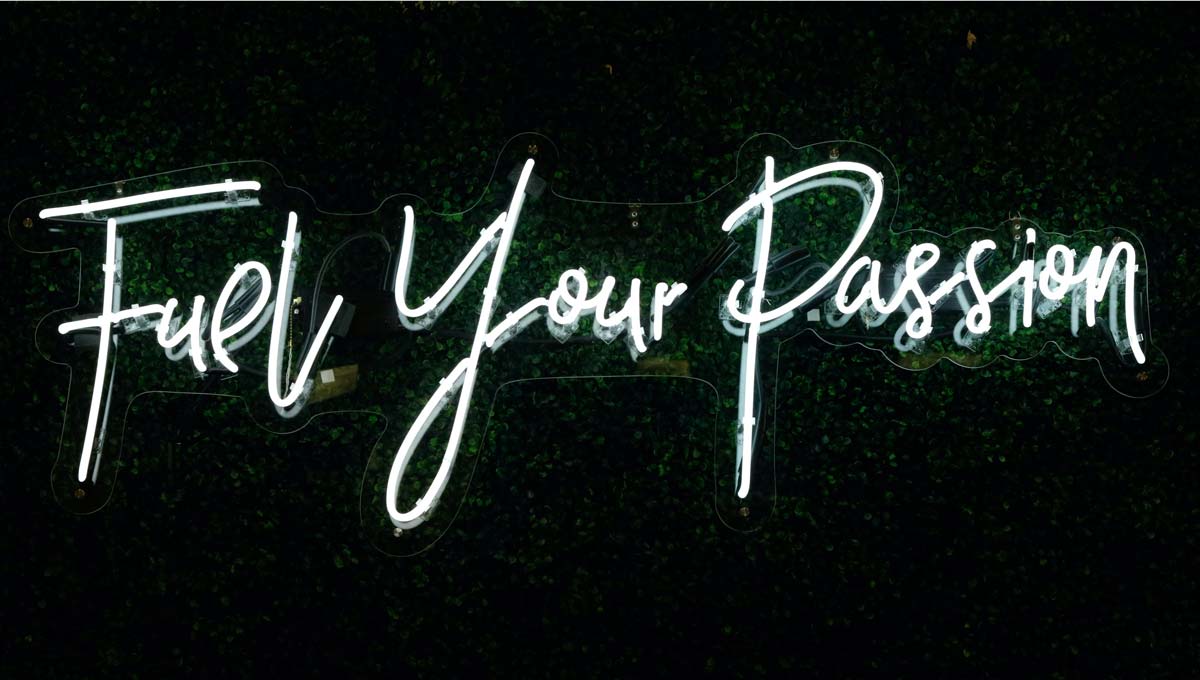 Are we born knowing our passion or is it something we discover along the way?

Elizabeth Gilbert, an author, said it this way.

“We are constantly being told to pursue our passions in life, but there are times when passion is a TALL ORDER, and really hard to reach.  In seasons of confusion, of loss, of boredom, of insecurity, of distraction, the idea of “passion” can feel completely inaccessible and impossible.  In such times, you are lucky to be able to get your laundry done…

But curiosity, I have found, is always within reach…

Passion is rare; curiosity is every day…

The trick is to just follow your small moments of curiosity.  It doesn’t take a massive effort.  Just turn your head an inch.  Pause for an instant.  Respond to what has caught your attention.  Look into it a bit.  Is there something there for you?  A piece of information?

...each successive clue is another tiny little hit of curiosity…

Keep doing that, and I promise you:  The curiosity will eventually lead you to the passion.”

My early years were in the 1960’s and 70’s when high tech was black and white TV.  No internet, no cell phones, no cable TV.

One year for Christmas, I received a Texas Instrument TI – 1200 calculator from my grandparents.  Even though the percent button was the most sophisticated function, it was amazing.  It provided hours of fun, calculating and spelling words with the numbers.  I confess, it wasn’t a surprise on Christmas day, as I had already unwrapped and rewrapped the package days earlier.

On a particular vacation trip to Washington State to visit Grandma and Grandpa, I discovered a hexagon number puzzle.  It required using all 7 hexagon blocks by matching 3 of the sides on one block to 3 of the sides on another block.  That may seem easy, but the catch was each side had a number and those numbers needed to match the numbers on the other block.  Only one solution.  I spent hours analyzing and solving.

The Language of Money

We weren’t rich, we weren’t poor, in part due to moms budgeting.  She logged expenses in an old-style ledger book.  How many she filled over the years I don’t know but I do know she recorded every penny.  I seemed to understand that the numbers she recorded told a story.  So, one Christmas rather than snooping through draws to find my presents, I just found mom’s ledger book and the story was told.

I took 3 years of accounting in high school, because I loved numbers.  My fifth-grade goal to be a millionaire may have been the precursor to my destiny.  Accounting came easy and reading the language of money was fun.

We were lucky to have an Apple II computer in my teenage years.  It was basically a word processor and game station, but also opened the door to computer programming.  In High School, I took a BASIC language programming class and loved it.  I was good at logic, so I programmed a checker game and a match making service.  It didn’t matter that the graphics moved slowly or that the match making service never hit the big time, it was the potential of the technology that intrigued me.

The internet was in its infancy during my High School years.  Nothing more than a simple connection to a service that had a page of content at best.  Commercialization had not arrived.  We received a mailer for CompuServe, an early internet service provider, for a free 10-minute trial connection.  At that time, buying online, YouTube, and any other cool service was just a dream, but I couldn’t wait, so I connected the computer to the home phone line and several attempts later finally connected to a service.  It wasn’t the information that thrilled me, it was the fact I could connect.  The speed of the day was a whopping .0024 mbs versus our 60+ mbs today.  Something about the connecting tones, beeps, and crackly sound hooked me.

I started my first year of college in computer science.  I enjoyed the programming but the engineering and math not so much and my grades showed it.  Following that first year, I left on a two-year mission for my church, and found myself as the financial secretary for 7 months.  Tracking statistics, balancing check books, paying bills and reporting information was fun and exciting.  When I returned home, I switched my major to accounting.

A dream from a young age was the stock market.  I’d done mock investing by looking at the stock page in the newspaper and tracking daily changes, but it wasn’t real.  So, when technology and the stock market came together in online brokerage accounts, I was anxious to try.  Ameritrade was my first brokerage account and $1000 my first risk.  One of my first investments was AOL and probably the only profitable investment I made in those early years.  It would grow and split and grow and split.  I learned the basics of investing.  Earnings were nice, but it was the technology and idea of growth that motivated me.

In 1998, as the controller of SymbolArts, the internet was just emerging as an online selling tool and I found myself sitting in my office with the two owners.  I was trying to convince them Symbolarts needed a website.  But, like most new technology it takes people time to adopt.  This was no different.  The risk of losing wholesale customers was too risky for them.  However, it wasn’t long before the internet gained traction and websites became the norm.  I eventually developed the first SymbolArts website.

In 2008, it was time to leave SymbolArts.  My offer to accept Pinpros, our internet pin company, as my bonus compensation was accepted.  And so, in 2008, I became the sole owner of PinPros and have spent the last 12 years learning the ins and outs of internet marketing.  Pins are the vehicle.  The internet is the passion.

I could not describe my passion in 1984, 1992, and maybe not even clearly in 2008.  But today in 2020 after many small steps, my passion is clear and words like numbers, analytics, internet technology, risk, growth and ideas that bring these passions together is a good description. Today, PinProsPlus, Cheappins, 3DPrintingSpot.com, CraigAFry.com are websites that manifest my business passion.