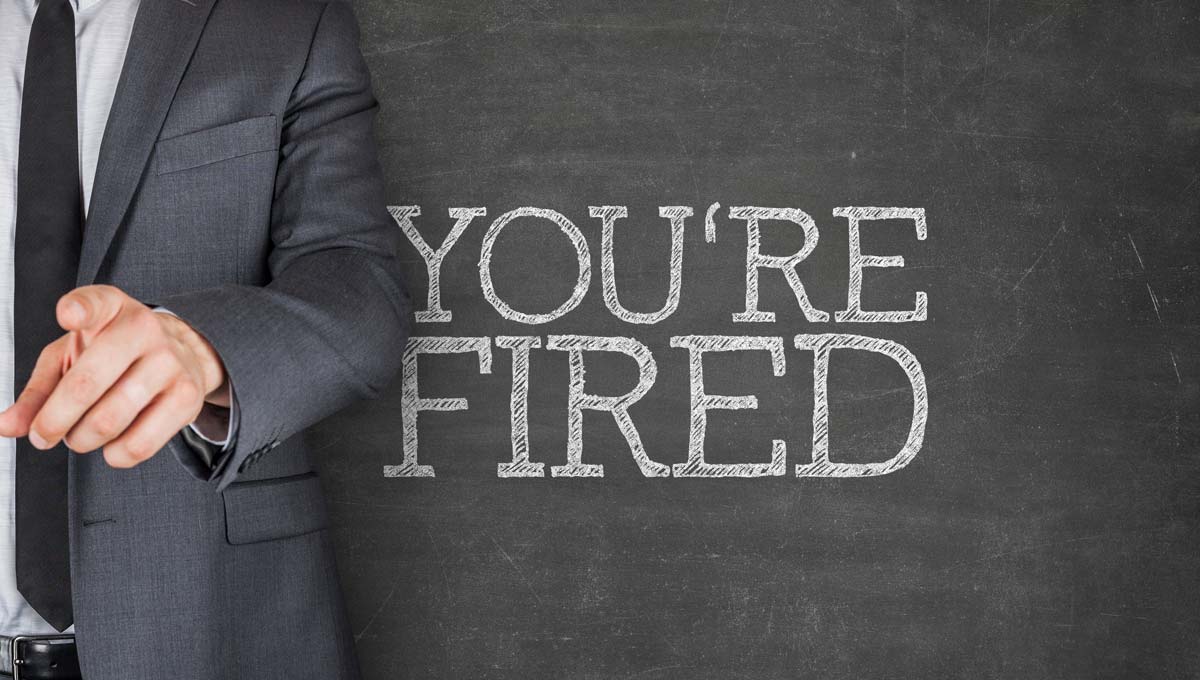 Sorry it’s not working out; we have to let you go.  I’ll need you to gather your things and so and so will escort you out of the building.

It’s cold and impersonable firing someone regardless the reason; for me, it felt as if I was ruining a person’s life.

Sometimes the reason demanded it and other times it was just a casualty of business.

An employee stealing sample badges and selling them on eBay.

An employee falsifying a noncompete agreement and consciously hiding the changes.

An employee unable to adapt socially to other employees.

An employee paid far too much for the job performed.

An employee who through no fault of their own is a casualty of downsizing.

Each example a reason for termination.  Was there effort to retain them?  In most cases yes, but business sometimes dictated otherwise.

Not all difficult situations demand firing.  One employee was booked into jail, on a weekend, for serious charges.  Justification for firing, yes, but he was retained and a second chance proved beneficial for him and the company.

While this is a difficult policy at times, it is also beneficial in allowing people and companies freedom to choose.

My first major firing was the General Manager of SymbolArts.  I was less than 2 years in, the company was lagging in sales much behind prior year and we were struggling to meet our financial obligations.  Immediate change was needed.

The general manager, had built the machine (operations), but failed to focus on sales.  The two owners made the difficult decision to let him go.  While I wasn’t the voice, I was the second witness in the room when the firing occurred.  I was stressed and nervous how he would respond, he was my boss.  His personality was intense, domineering and a little intimidating.  Luckily, he left without incident.

I discovered in these moments, there is often surprise, but little push back.  Rather a quiet resignation, almost shocked look.  The hardest part is standing in silence by them as they clean out their desk.

Experts suggest firing people on Monday so they have the entire week to immediately explore new options.  Weekend firings leave a person too much time to ponder and get discouraged.

The most difficult firing for me was the employee that retyped a noncompete agreement, signed it and turned it in with everyone else.  He was a graphic designer who felt he owned the artwork he created on behalf of the company.  The noncompete agreement expressly stated the artwork belonged to the company.  Rather than discuss the conflict, this employee took matters into his own hands and changed the wording.

It was extremely difficult for me because I trusted him, and had been working with him to create his own business.  So, when he revealed what he had done, it was more shock on my part.  It was immediate termination.  Later we discovered he continued to use the artwork for a competing business.  I grew a little more skeptical that day.

Firing is not a pleasant job and may explain why over the years I have been slow to pull the trigger.  I want people to succeed and try to give every opportunity.

I can see how it could play with a person’s sense of worth, value, and security.  I believe I have dealt with this aspect of business seriously throughout my career; and, while I have never been fired or downsized, if I wasn’t the right fit, I would want to be told, and I would leave without question.

Being fired is not the end.  Often it is just the beginning.